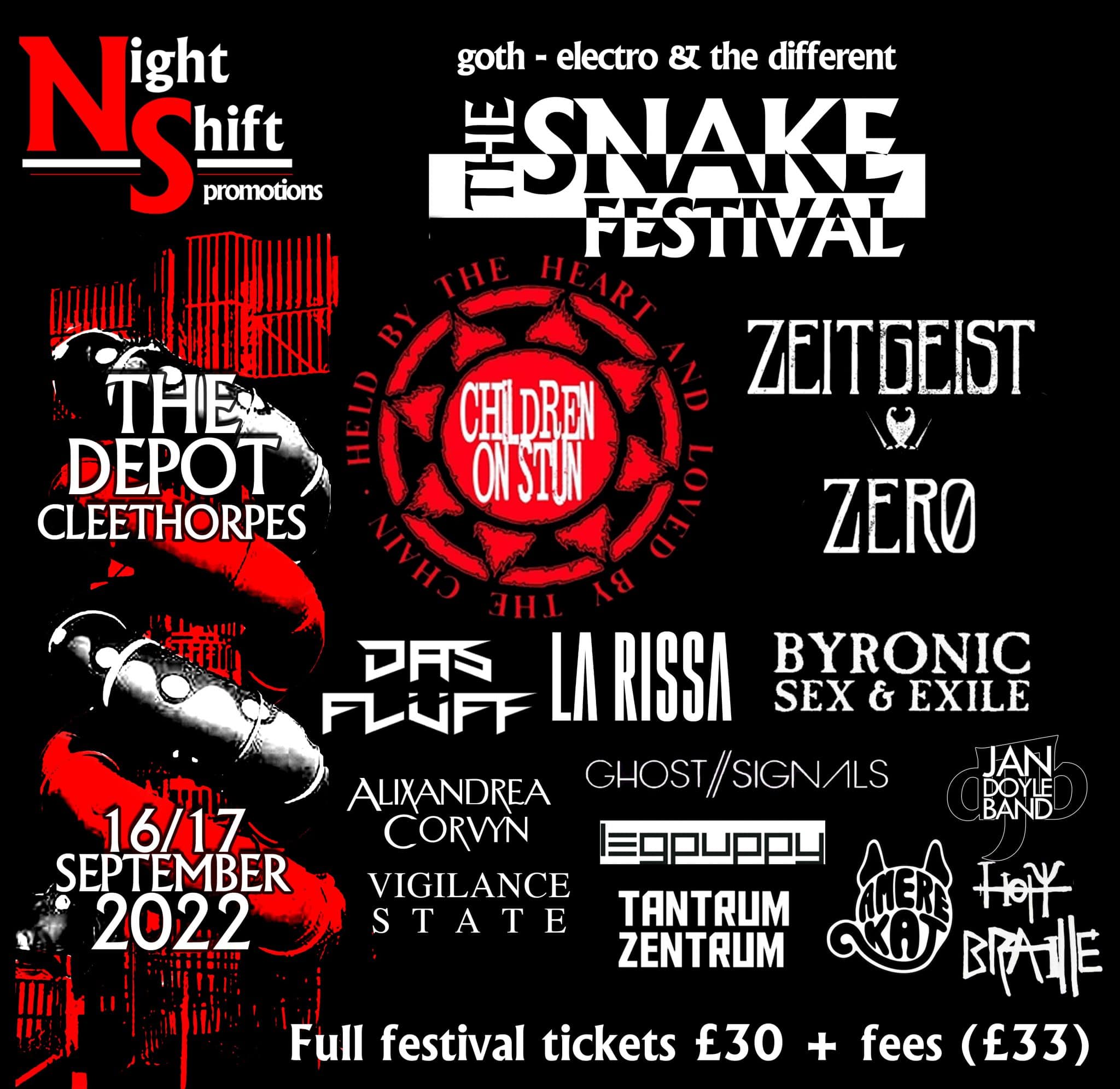 Goth on Sea! With the growing popularity of the seaside goth festival – Whitby, Morecambe, Scarborough – Night Shift decided it was time to bring it a little closer to home and drop a big dollop of Goth on Cleethorpes

Cleethorpes being our childhood Seaside haunt (guffaw) of choice, we felt we know full well what an incredibly lovely place it is and how much more of an affordable seaside goth extravaganza we could put on there compared to Whitby.

So we’ve gathered together some incredible talent from around the Goth, Electro and Alternative scenes to put on an incredible spectacular that will hopefully be the start of something that will become the staple of every goth calendar.

Second day starts 3pm with bands on from 3:15pm

Cleethorpes via train will feature a change at Doncaster – journey from Doncaster 1h10m. Direct trains from Manchester.

Venue has street level access and disabled parking nearby. A short walk from the train station, turn left once on the promenade. Around 5 minutes walk back alongside the train tracks. It’s a touch difficult to spot at first but don’t worry, we’ll have some signs out! Toilets will have disabled access but no specifics catering for the disabled. We will also ensure any visitors who use a wheelchair have good stage visibility.

Local hotel accommodation ranges from £70 to £1`30 for the two nights though there are also AirBnB optioins hich may be cheaper. 2.5 miles away south on the promenade is Pearl Holiday camp which offers caravans, chalets or your own tent.

Our headliners on Friday:

Ghost Signals – Goth with a touch of indie rock flavouring from Newcastle.

Children on Stun headline – anarchic spectacular legends of 90s Goth Rock. Dancefloor fillers with tracks like Sidelined or Downfall and have appeared at many Goth festival including this year Wave Gotik Treffen. Also regularly featuring on Goth Compilations over the years.

Byronic Sex & Exile – Leeds based one man goth rock incarnation of powerhouse Joel Heyes. Joel’s known for being in Action Directe, Quasimodo, Vietbong and many other things including organising Goth City.

Holy Braille – From Newcastle this electro goth punk outfit stuns every crowd with explosive live shows that refuse to be confined to the boundaries of the stage.

Legpuppy – London’s surreal, strange and satirical electro punk outfit renowned for bizarre live shows- erhaps someone ironing, maybe a robot, maybe someone sweeping up, perhaps a clown stalking the audience.. you never know what will happen.

Alixandrea Corvyn – from Norwich and known for being part of Last July and Rhombus. Here performing a mixture of brand new original songs and covers as a solo act