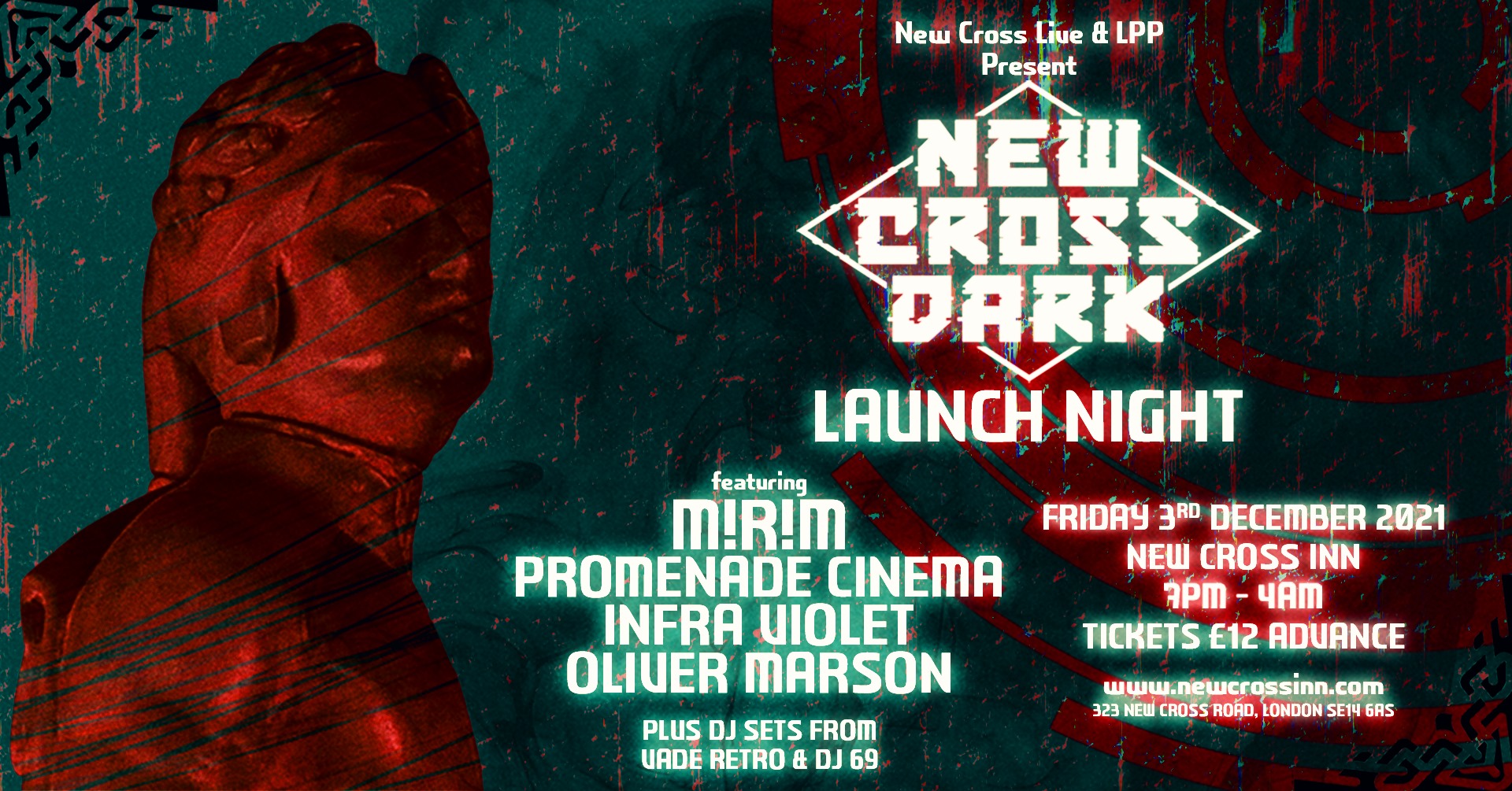 M!R!M:
M!R!M is the solo project of Jack Milwaukee, Italian multi-instrumentalist and retro synths obsessive based in London since 2011. Inspired by synthpop pioneers New Order, The Wake and Tears For Fears alongside the most iconic figures of Italy’s 80s era and cold- and darkwave, M!R!M has released three albums on labels Fabrika, Manic Depression and Avant!. Since his 2013 debut album ‘Heaven’ he’s built up a significant following within the scene, selling out shows across the UK and Europe.

Infra Violet:
Infra Violet, a synthpop / indie pop duo based in the UK, are a collaboration between producer Toby Campen’s 80s-inspired synth tracks and singer-songwriter Beth’s intricate guitar and soulful vocals. Formed in early 2020, the duo already has successfully debuted singles ‘Polaroid’, ‘Water’ and ‘Radio’,
mastered by Pete Maher (Depeche Mode, U2, The 1975). ‘Dream Tether’, their debut album, was released on 13 August 2021 to overwhelmingly positive acclaim.

Oliver Marson:
Solo, full band project of the keyboardist of Empathy Test, Oliver Marson’s music is full of surprises. What starts off as a formulaic pop song will often veer off into something completely different half-way through. Marson wants to pull the rug from underneath the listeners to keep them guessing and constantly on their toes. He has the ability to provoke, haunt and lift in one song. Marson is a shadowy new wave rocker for the modern age.